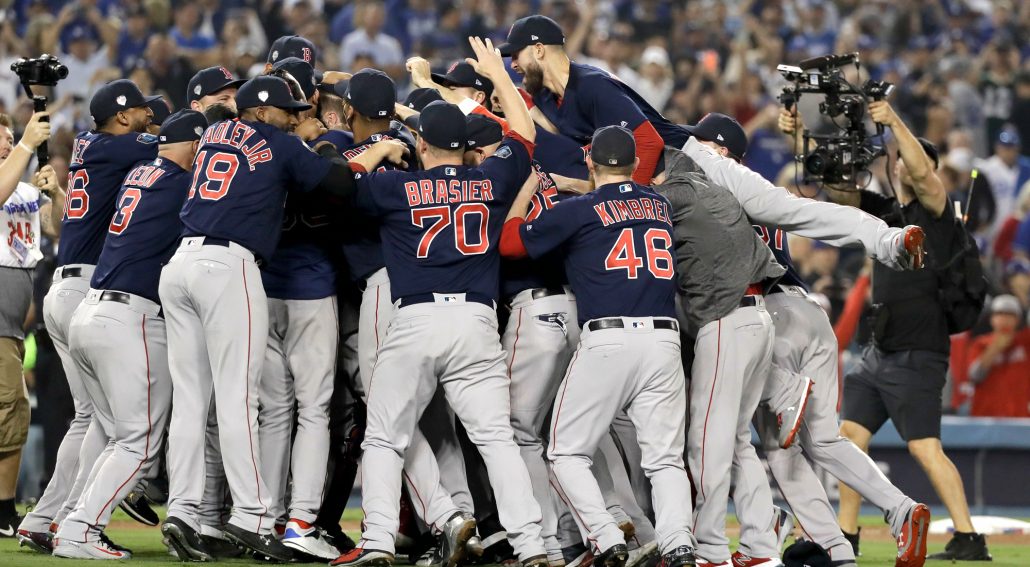 Can a Yankees fan like the Red Sox? (And 3 ways to become a better coach right now)

How many of you know who this guy is? 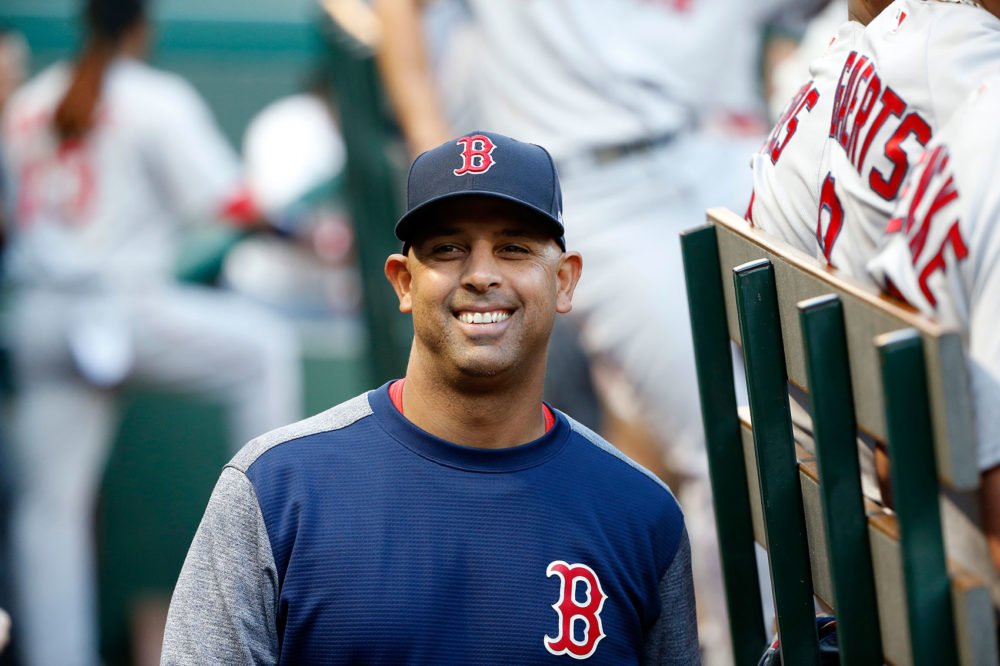 So, admittedly, I’m not a huge Major League Baseball guy, although as a born-and-bred New Yorker, I'm pretty much a lifelong Yankees fan, so it might surprise you to hear that  up till a couple of years ago I had no idea that this was Alex Cora - manager of the Boston Red Sox (the world’s most hated team if you’re a Yankees fans!).

The truth is, though, that before October of 2017 very few non-baseball people knew who Alex Cora was.

Alex Cora played in the majors for 13 years and for six different teams before retiring in 2011. He was a middle infielder and had a decent, but certainly not Hall of Fame, career.

After his retirement, he did some broadcasting for ESPN and ESPN Deportes and was the GM of the Puerto Rican national team for a few season.

He found his way into coaching in MLB for just one season in 2017 as a bench coach for the Houston Astros before landing the manager job with the Boston Red Sox after that season ended.

Pretty high profile position for a coach with such limited experience coaching at this level.

Here’s where it gets interesting, though:

In his first season with Boston in 2018, Cora took a pretty good team and turned them into an amazing team.

They finished the regular season with a rare 108 wins and went on to win the World Series - almost unheard of for a first-year manager, certainly one of his limited MLB coaching experience. As a lifelong New Yorker, this picture hurts my soul.

As a coach who’s always looking to get better at what I do - I know you can relate! - I love studying other coaches who, to the outside observer, have unexpected success.

The thing about “unexpected success,” in my experience, is it’s almost never unexpected to those who were a part of it.

When you're a part of something special and you “see how the sausage is made” is always much less surprising.

So… a guy like Alex Cora was pretty intriguing. And not nearly as well-documented as, say, the John Woodens or Bill Belichicks of the world.

So I dug in, I scoured the internet and read everything out there about Alex Cora. I watched every interview and I poured through every resource I could find.

I learned some pretty cool stuff…

So let’s cut to the chase: I figured I’d share it with you today... 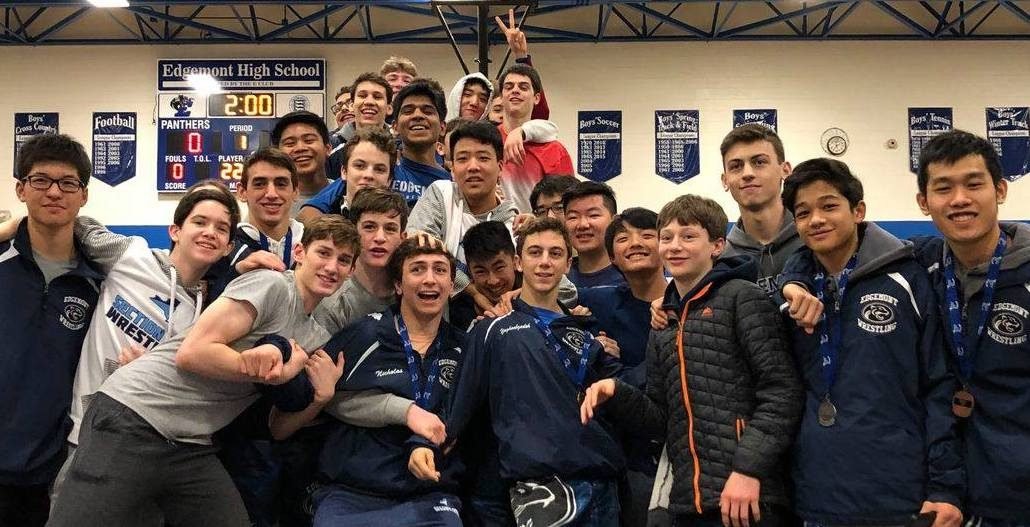 Too good to be true? Building a totally committed team

If you coach long enough, there comes a moment in every coach’s career when they realize that giving another fiery motivational speech or trying to get their kids to really care by using a series of rewards and punishments just doesn’t change anything.

The old Carrot & Stick just doesn't work like it used to.

Usually that’s followed by a period of frustration and choosing to ignore the problem and focus on other things.

Ignoring the problem doesn’t fix it though and it never goes away, so it slowly eats at us, and all that same time it keeps our team from ever reaching its true potential. 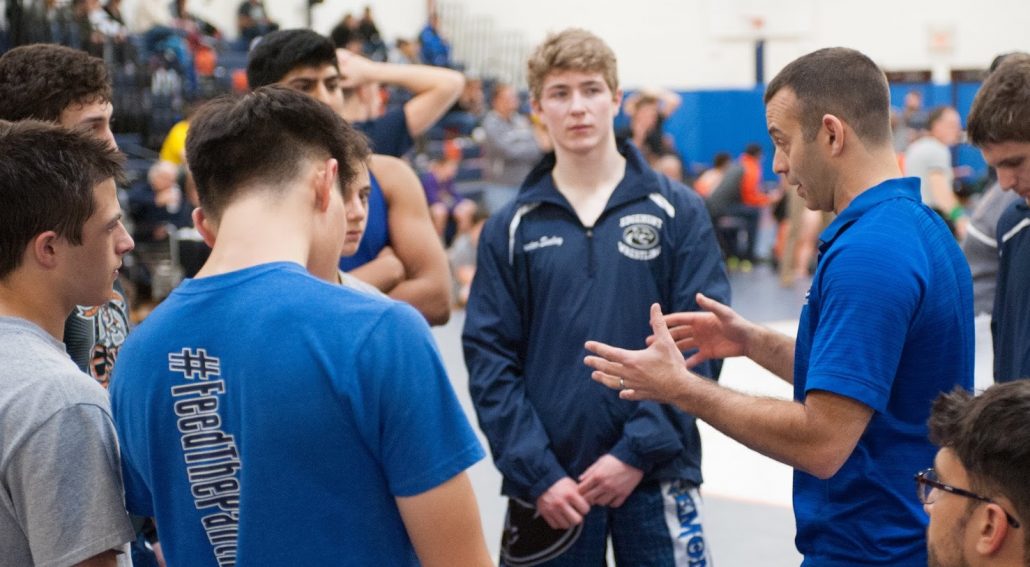 Help yourself & help your team all at the same time.

You know those moments you have as a coach where one of your hardest working kids finally has a breakthrough performance?

How awesome does that feel?!

It’s like all the hours, all the sacrifice and all the nonsense we sometimes have to deal with as coaches just falls away and you get this amazing feeling of pride and satisfaction… Man, nothing in coaching beats that!

I just had a senior on my team like that.

This kid was not a great natural athlete and not a great wrestler. He had a losing record all through high school. He hadn’t won a single match in our Sectional Championships at any point in his career going into his senior year.

Any one who’s ever had anything to do with wrestling can tell you this is not easy. Wrestling can be so physical and so personal most kids can’t take the continual losses that add up year after year and eventually leave the sport.

Not this kid though.

Here’s what he did have going for him. He’d show up every day. Every practice. Every match. Every day. And he’d just focus on improving. Little by little. Day after day. Painstaking bit by painstaking bit.

Every conversation with him was about how he was focusing on improving his technique, improving his conditioning, improving his strength. Even when he was going into matches - he was locked in on his own efforts. It like he was in his own world and everyone else was just an “extra.”  I don’t think I ever heard him talk about winning or losing.

This kid was focused.

But it was always a focus on the process. Never the outcome. Every match he’d come up to me before he took the mat and say “Coach, I’m just gonna stay aggressive and get to my attacks.”

And it ultimately paid off for him.

He managed to qualify for our Sectional Tournament, despite never having won a match there in his career, and wrestled his way into the quarter finals.

And then he lost.

He lost to a kid that beat him pretty badly earlier in the season and he found himself in the consolation bracket, one loss away from the end of his wrestling career. He could still take 3rd if he kept on winning, but, hey, he’d already come further than he ever had before.

I watched him warm up for his next few matches and you’d never know “his back was against the wall.” You couldn’t see any pressure on his face. Same routine. Same focus. Same “I’m just gonna stay aggressive and get to my attacks.”

It kept on working. He rattled off three decisive wins to find himself in the 3rd place bout against the same kid who pinned him earlier in the season. The same kid who knocked him out of the quarterfinals was the opponent he’d be finishing his wrestling career against.

So here we were, biggest match of his career, and he warms-up looking like it was any other match. No pressure, no stress. This is such a great kid that I personally want nothing more than to see him win. Now I’m feeling stressed. Inside I’m sorta freaking out. Him? Calm as can be. And what happens? So proud of this kid. He had come SO far. And there he was. He sure didn’t look like anyone’s conventional vision of a mentally tough warrior, but you couldn’t question that he was.

Thinking back on his career, what really made the difference for him was his unwavering focus on “process over outcome.” What makes this even cooler is that we taught that kind of focus. It didn’t come naturally.

Finding ways to get our kids to focus on the process instead of the outcome has been such a huge part of our success in building mental toughness.

Here’s exactly how we did it in our program, step-by-step…

The small tweak that doubled our team’s commitment

It’s crazy the impact simple psychology can have...

So, figured I’d share a bit of an embarrassing story from early in my coaching career. When I first got hired as an assistant wrestling coach I was 23 years old. I was just out of college and my last experience with the sport was being on the team in college. I was young, but, in my mind, I knew it all. (I know at least some of you can relate to this!)

The most important part of coaching you never knew you missed

"When you hit your leg attacks well, you can take down anyone in the state.”

That was the exact quote.

It was over twenty years ago, but I could tell you word-for-word that was the quote. I can actually still see where I was standing and what Coach’s face looked like when he said it to me. I also remember how I felt. Goal Setting doesn’t have to suck…

but it doesn't have to.

Whenever you read about coaching or the best ways to develop your athletes or team, it’s almost to impossible to get away from someone talking about goal setting.

Everywhere you turn you hear about it. Coaches and athletes talk about it in interviews. Whole books have been written on the topic.

Set an objective of some kind and use it as motivation for you to get there!

Let me ask you guys a question, though: have you done goal setting stuff with your team?